Facebook has a thing for change, and this time around, it is the mobile version of the site’s News Feed that is seeing a modification. While scrolling through your regular stream of updates, if you come across a video, you will no longer be required to click it in order to play, for the new addition will start playing it for you automatically.

Through a recent revelation, the social networking giant has made it clear that this new feature will be rolled out for its smartphone apps in the weeks to come. As you scroll through your News Feed, if you come across a video it will start playing, albeit without its sound. Now, if you wish to enjoy the clip fully, you can tap on it once to activate sound and play in full screen mode. If you’re not interested, you can just continue scrolling down. 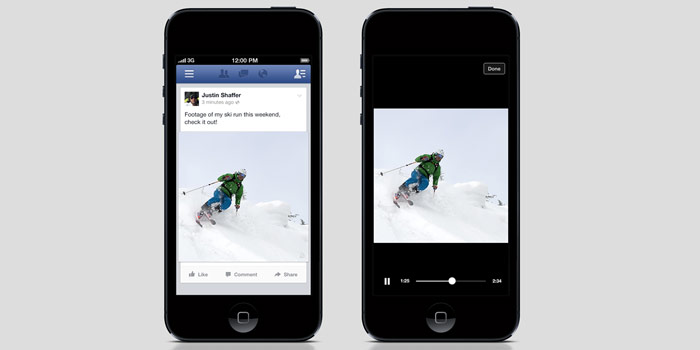 This is quite similar to how videos get showcased on your Instagram feed. However, the Facebook-owned app doesn’t give you the ability to mute the videos natively. It has been revealed that the new trait will apply only to clips posted by individuals and by Pages of musicians and bands. As for those worried about video adverts, Facebook has disclosed that it is not looking at including such videos at the moment.

This clip here gives us a glimpse of how the new Facebook video scrolling feature works on the iOS version of the app. It’s however expected to make its way into the Android version as well. We’ll have more on it when additional details are out.