Home General Facebook at Work will be a social network for professionals, says new...

Facebook at Work is a secret project that Mark Zuckerberg and team are prepping for launch for professional use, according to a new report. We have a hunch that trying to compete against LinkedIn, Jobster and similar options may pay off better than the current efforts aimed at turning the social platform into a center for breaking news.

The new website will supposedly look a lot like the social network, with Groups and a News Feed. At the same time, it will let users keep their personal profile separate from their career-oriented one. Facebook at Work will also allow people to get in touch with professional contacts, co-ordinate over documents and chat with co-workers. 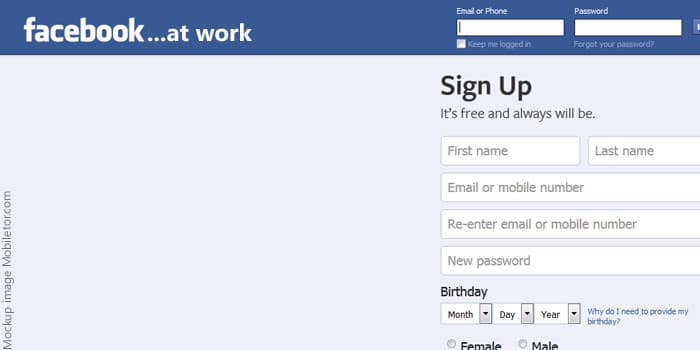 All the productivity functions that will be offered by the upcoming Facebook project may see it compete against Google Drive and Microsoft Office too, says The Financial Times. The company has apparently been developing the service for almost a year and is presently testing it with various organizations.

Many firms do not allow employees to access social networking sites during working hours since this is widely believed to decrease productivity. In the case of Facebook at Work, the question of security also arises since the company’s various privacy policies already come under fire now and then.

Also see: Facebook’s new data and ad policies are not as evil as they seem

The service is most likely to refrain from charging people any kind of fee for using it, in a bid to attract more members. It may eventually depend on advertisements or getting employers in touch with potential candidates on a subscription-based package the way Monster or Naukri operates, for all you know.

There’s some heavy hinting going around about Facebook for Work being close to launch. But no one seems to be able to pin an exact release date to it.