If its CEO’s words are anything to go by, then Facebook could be riddled with nothing but videos in the coming 5 years, which should definitely bother the folks over at YouTube. The young billionaire did not speak of any plans on this matter, but was instead talking about a prediction based on how things are moving forward at the moment.

Mark Zuckerberg was actually answering a question on whether the growing number of pictures uploaded to the social networking website is having any negative effects on its infrastructure or not. While asserting that the company’s data centers are extremely capable of handling the load at present, he further went on to reveal that the real challenge for them still remains handling more rich media like video. 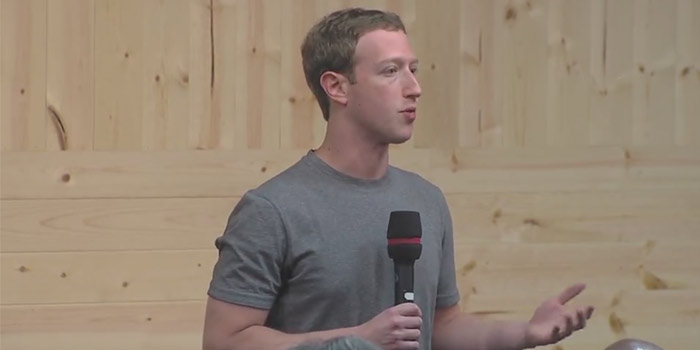 According to PC World, Zuckerberg is of the opinion that the infrastructure of the social networking site’s data centers needs to improved, because in his own words ‘In five years, most of [Facebook] will be video.’ This is a big deal since such a change will have severe effects on data consumption for those who use the site on mobile devices.

Mark Zuckerberg was answering questions from attendees of an event at the company’s headquarters, where he also answered queries posted by users on Facebook. The prominent one among them was why did the company decide to separate the Messenger app from the normal app. The CEO acknowledged that forcing people to download another app is a ‘big ask’ but he did maintain that doing so will help it deliver a better experience.

Facebook is changing constantly, and over the course of the last five years, we have seen immense changes to how things work on it. It hence won’t be surprising to see videos all over the place in the coming 5 years.