Facebook has jumped into the hyperlocal market space with the launch of a new discovery site aimed at providing people with a directory of nearby services. The page lists over 80 different services such as plumbing, financial planning, pet grooming, medical, skin care, and event planning.

The new professional services page is still in the early stages of testing, according to a Facebook spokesperson. Bookings can’t be made directly through the site, but it does list a particular business’s phone number, website, email and working hours. It’s arranged according to a user’s location and allows them to review and rate an organization. 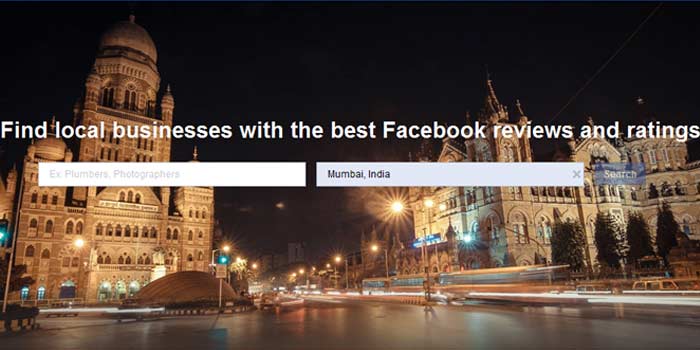 The directory is only accessible through browsers as of now. There’s a chance it’ll be integrated via Facebook Messenger. The social media giant recently announced that it was planning to introduce new features for the app which will allow members to find contacts and businesses through links, usernames and messenger codes.

Accordingly, usernames will now be displayed alongside an @ symbol and links can instantly open a conversation with an enterprise within Messenger. Facebook will be up against some tough competition in India when it comes to such hyperlocal chat-based apps like UrbanClap, Taskbob, Housejoy and LocalOye.

The new venture holds a lot of promise for Facebook. The company had previously claimed that over 1.99 billion interactions have taken place between people and 2 million small firms in India. It already has a huge user base in the nation and its hyperlocal listing page will probably make it easier for businesses to reach a potential customer faster.