Facebook’s co-founder, Eduardo Saverin, is proudly declaring himself as an early investor in Face Match. So you’re obviously wondering what Face Match is. Imagine being locked out of a website in which you’re a member because you’ve forgotten the password. Or picture yourself as the owner of a domain which requires visitors to be 18 or above.

In the first case, Face Match software could allow you to gain access to the site if you flash your ID card at your laptop’s or mobile’s camera. In the second instance, website owners could ensure that people accessing the portal are indeed as old as they claim to be by adding that one simple extra step to the entrance point. 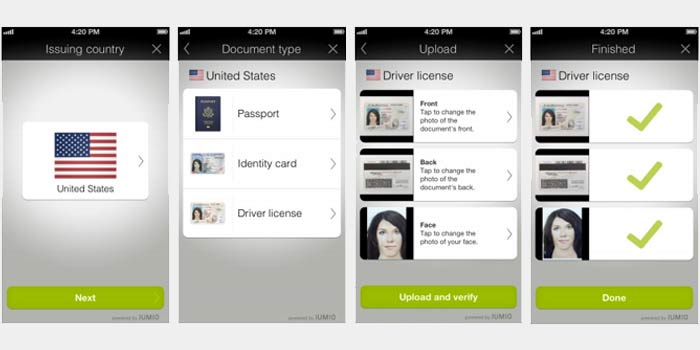 Jumio is the company offering this security feature through its Netverify service. Online portals using the facility can scan and instantly confirm a customer’s ID papers as efficiently as would be possible if the person was standing directly in front of them. Or so says Jumio. It would also be easy to check if the customer and the individual rendering the documents of proof are one and the same through the camera in question.

All of this document validation can be done in real-time. Say, someone needed to submit their ID before placing a large order online. They could go to the Netverify app used by the concerned merchant, pick their document type and country and then hold the ID up to the camera of their smartphone until a check mark indicating the process’ completion pops up. The software can deal with driver licenses and passports as well as government-issued ID cards, utility bills, bank statements and insurance cards.

The personal information submitted by the customer is not stored on their device. Well, sounds like a better way of dealing with security than losing our fingers for Apple’s iPhone 5S.