After Facebook co-founder Mark Zuckerberg and Prime Minister Narendra Modi changed their profile pictures with a tri-colored filter to support the Digital India campaign to connect rural areas to the internet, others started doing the same. Now representatives of the social network have had to clear the air about a controversy that arose claiming folks using the tool were inadvertently voting for Internet.org which is now called Free Basics.

Some of those who swapped their Facebook profile photos for one including the tri-colored filter noticed a small bit of code mentioning Internet.org and began sharing this on social media. Meanwhile Free Basics has been inviting a lot of criticism for being a guarded gateway to access to the web. This led to concerned netizens reacting loudly on learning about the ‘hidden agenda’ behind the Digital India filter. 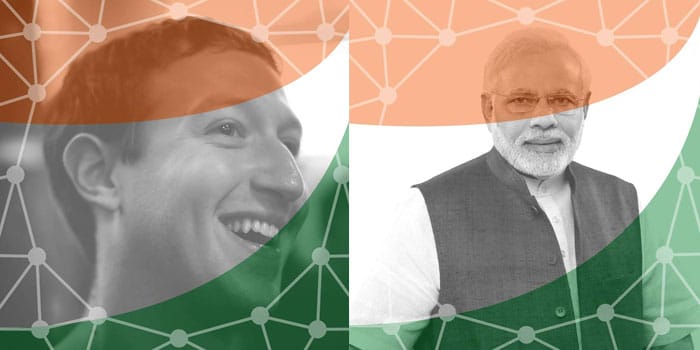 In truth, it was just variable name in a JavaScript file and not a trick to get votes for the much-opposed free internet platform. A Facebook representative has officially clarified that it was merely an oversight on the part of an engineer who alluded to ‘Internetorg’ in a shorthand name for a piece of the coding. The filter does not register support for or connect to Internet.org, reports NDTV.

Since PM Modi’s visit to Silicon Valley and his much publicized meeting with Zuckerberg, suspicion has been running high among proponents of net neutrality in India. Many view the Facebook head’s support for Digital India as a ploy to gain acceptance for the Free Basics app. So a small matter like Internet.org being mentioned in the code for the tri-color filter was bound to set off alarm bells.

Facebook says it’s changing the code in the Digital India filter to avoid any further confusion on the matter.