Facebook has made a big announcement today by revealing some interesting changes that have been brought into its Trending Topics attribute, which have also been introduced for its Android app. It’s quite a limited release however, as it has only reached the US as of now, and has not been made available for iOS yet.

The social network had introduced its Trending Topics feature back in January this year as something to counter Twitter’s very own similar section. It basically shows issues about which most people are talking about on Facebook at that very moment in order to help you discover timely and relevant conversations about something that matters to you. 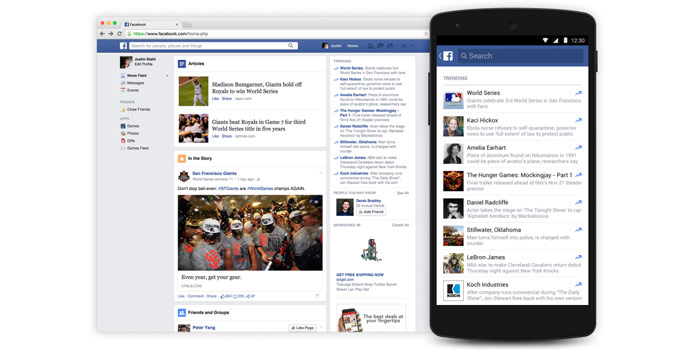 Both the mobile as well as web versions of this trait will let you have a look at five different sections when you click on a particular trending topic. First among them will be called ‘Articles,’ and it will display how various news organizations from around the world are covering the story.

Also Read: Netizens take to apps over Facebook not just for photo sharing

The second section named ‘In the Story’ will try bringing you posts from people who are part of the story. Next one is ‘Friends and Groups’ which will of course show you what your Facebook friends are saying. And while a ‘Near the Scene’ section will occupy posts from people near where the story is unfolding, the ‘Live Feed’ area will display a real-time stream of reactions from people around the world, just like Twitter. 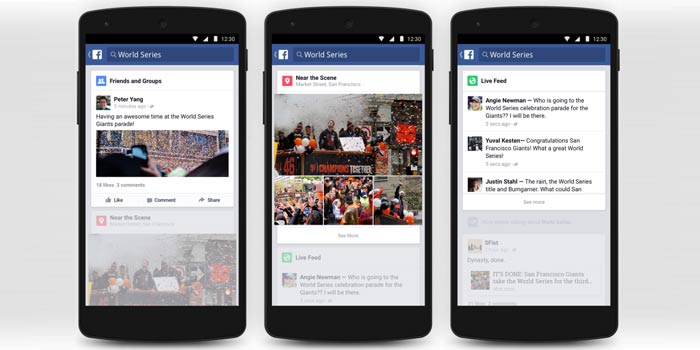 The new attributes from the Facebook Trending Topics division are now rolling out for users in the US on the web and Android versions of the social network. A release for other countries and iOS will come later on.