In a move that reiterates how important photographs are to Facebook, the ace social network has introduced a new feature which lets auto-enhance your uploaded pictures before posting them. This tool will be of great help to those with sub-standard cameras who’re too lazy to jump into the editing area and adjust the enhancement settings manually.

This feature has reached the iOS version of the Facebook app through a server-side update, and it has been revealed that the Android app too will be receiving it soon. Those active on Google+ may compare this new addition with the auto-awesome settings which the app provides to serve a similar purpose. 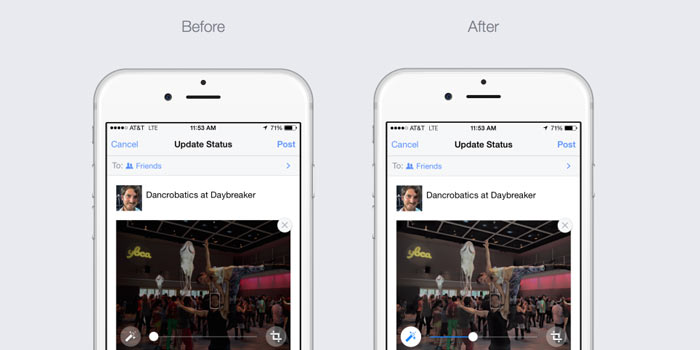 According to TechCrunch, the way this new addition works is that it provides you with a slider once you’ve uploaded your photograph. This slider can be adjusted to control the amount of enhancement you want in terms of light, shadow, colors and clarity. There’s even a cropping tool present next to it if you wish to resize your picture.

Prior to this, upon uploading a photo to the social network through its mobile apps, the user would be shown an unedited version and was allowed to hit a button that would adjust the light a little bit or try on some of Facebook’s filters. With the new introduction hence, things have gotten a lot more organized which means quick adjustments and a lot of time-saving as well. 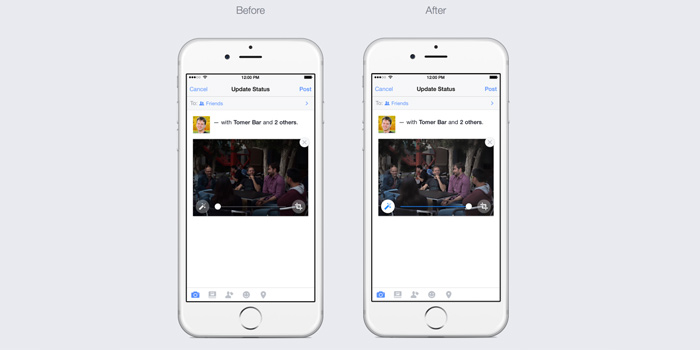 The new auto-enhancement features of Facebook will be exclusive to its mobile apps. And while it has already been rolled out for the iOS version of the app, it is expected to be released on Android in the days to come.