Making fitness bands looks completely useless are apps like Moves which Facebook recently acquired for its growing portfolio of mobile tools. The Finnish company behind the application has assured users that they will be able to continue depending on it just the way they have so far and there will be no integration with Facebook just because it has been bought by the social network.

Time and again, we’ve failed to really understand why anyone would need a separate wearable gadget for keeping tabs on their exercise routines when smartphones with built in sensors can offer the same thing. Facebook is definitely going to profit from the venture since many others may feel the same way about fitness trackers too. 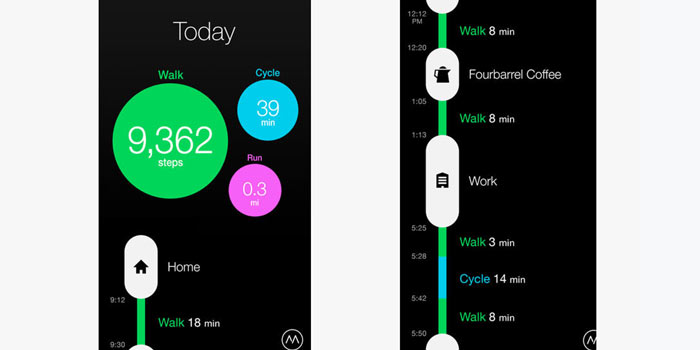 Apart from Moves, the social network also has Instagram, Paper, WhatsApp and Facebook Messenger in its collection of standalone mobile apps. The latest acquisition is in keeping with the new trend of companies hoping for further growth from the health and fitness market. It can automatically track users’ walking, cycling and running activities. The application can keep count of the steps you’ve taken and show you how many calories you’ve burned while carrying out each activity.

You’re probably thinking that having this Android and iOS tool watching all your moves, pun intended, would drain a lot of power since it always runs in the background. But it has a Battery Saving Mode which cuts down on consumption when you’re stationary. What’s more, the app uses cell tower and Wi-Fi locations, in addition to acceleration data so that it can rely less on those juice-sapping sensors and GPS. Let’s hope Facebook doesn’t spoil it for you.