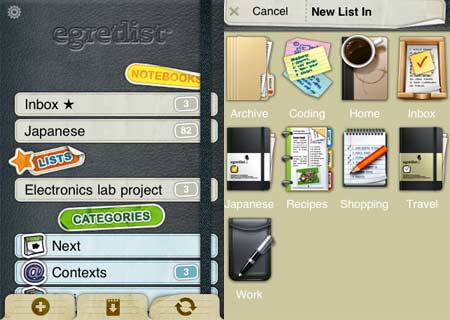 Systematizing things with a sense of perfection has just got easier for those who live by ‘time is money’. For users cracking a nut to manage their tasks, Evernote has come up with an all-new to-do application, Egretlist, for iPhone users. The new app links directly to users’ Evernote account.

The Egretlist app easily finds all of users’ notes that contain checkboxes, lays them out in an intuitive way, and syncs any changes they make right back into Evernote. In addition to displaying to-do items, it comes up with any related content in the given note, including images and attachments.

The app allows users to reuse their lists by keeping them stored in Evernote, share an account with family and friends to collaborate on tasks, and organize with elegant notebook icons, colored tags, favorite lists and smooth animations. Apart from this, users can use Evernote Saved Searches to organize their lists.

The new Evernote Egretlist App can be snapped now for $2.99 from Apple’s App Store.