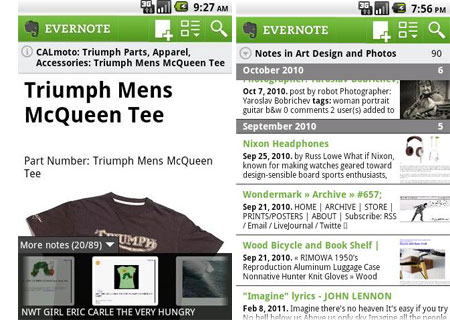 The Evernote app for Android has been updated to version 3.3 with quite a few changes and new features. One of the highlights of this upgrade is the introduction of a stand-alone widget app that users can work from while keeping the main application stashed on a microSD card.

This note-syncing app which is popular with tech enthusiasts who like to be organized at all times, has been considerably enhanced and certain bugs have also been reportedly fixed. Application users are now able to share whole notebooks with individual persons or a group of friends. Furthermore, they are not only restricted to separate notes. Public URLs can be made to share them with everyone as well. 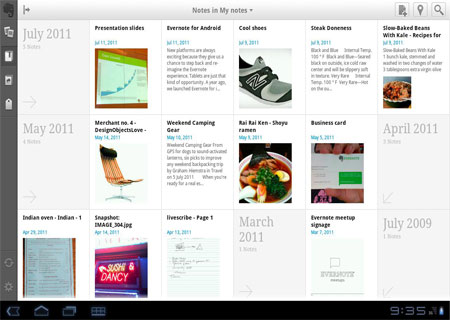 Besides providing quicker access to all features, version 3.3 gives users the ability to edit images in Skitch and save them in Evernote notes. For doing so, they have to click and hold on an image, then tap on the ‘Edit in Skitch’ option and the image will then be sent to Skitch.

After editing the images as per their requirements, users can click on the elephant icon in Skitch to transmit the final creation back to the Evernote app. Following this, they will be given an option of overwriting their current image or attaching the edited version to the original note.

The updated Evernote for Android app as well as the individual Evernote widget app can now be downloaded from the Android Market for free.