Home Apple DynamoKid Touch from OrangePixel bursts onto the iPhone 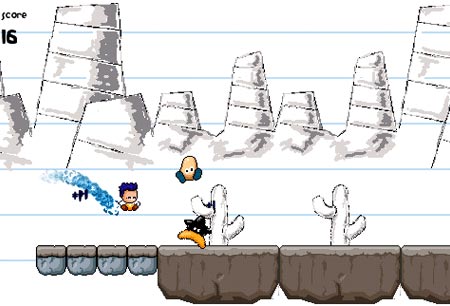 OrangePixel brings to the forefront a new and exciting game with entertaining explosive elements. The company unfurls onto the iPhone as well as the iPod Touch an engaging title dubbed as DynamoKid Touch. The latest game has been refashioned complete with new touch controls which pulls players into another excursion to Dream Island.

Gamers will have to clear paths, battle with enemies all the while destroying various hazards, obstacles and debri along the way. During gameplay, they even have to gather bright stars and make DynamoKid jump all along the path. The title was earlier initially fashioned for the Android platform.

DynamoKid Touch from OrangePixel is compatible with the iPhone and iPod Touch and can be downloaded from the AppStore for $1.99.