Motorola may not have revealed officially that it has released the KitKat update for the Moto G’s dual SIM variant, but some people have started receiving it. The version 4.4.2 of Android is reportedly already being doled out in Malaysia.

The guys over at GadgetMTech Blog came across a screenshot on Twitter which clearly shows that the said software update is now available. Its build version is 171.44.31.en.03 and its download size is 230.7MB. But it should be noted that this version is meant for devices in Malaysia and the firmware upgrade may come under a different build number to India. 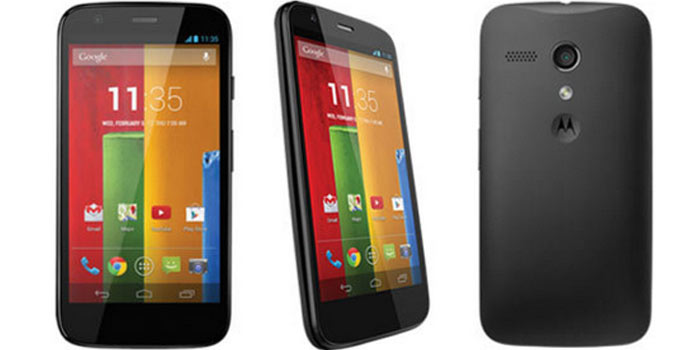 Some of the improvements that can be expected with KitKat 4.4.2 include a brand new phone dialer application as well as SMs and MMS support for Google Hangouts. New photo editing options are also likely to come along with the updated gallery.

The Moto G recently went official in India and in within an hour, the device was out of stock at Flipkart where it is available exclusively as of now. It features a 4.5-inch touchscreen and runs Jelly Bean 4.3 out of the box. A 5MP camera accompanied by LED flash rests on the rear side, while a 1.3MP snapper has been fitted on the front. It is fueled by a quad core processor, 1GB of RAM and a 2070mAh battery.

An official announcement regarding the Android KitKat 4.4.2 update for the Moto G is yet to be made.