Not everyone has access to WhatsApp video calling yet since it’s a phased release which will eventually be available to all Android, iOS and Windows Phone users. Naturally, those who still haven’t got it are anxious to try out the feature. Some folks have been taking advantage of this and circulating a malicious link pretending to be an invite to the update.

Don’t fall for it! It leads victims to a suspicious site called ‘whatappvideostart.’ Clicking on unverified links such as these could compromise the security of your smartphone by revealing your account details and passwords to attackers, or even leaving your handset open to automatic installation of malware.

Update the app on your device first and see if you gain access to the latest version of WhatsApp which includes the ability to make video calls. If you don’t, wait for it to be made available to you. That’s the only sensible way of going about it. The video calling feature had been in testing for months before launch. 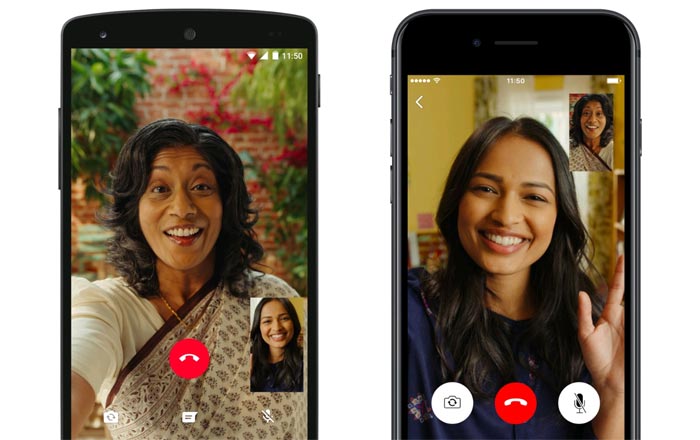 The roll-out of this ability to make video calls within WhatsApp puts the application in direct competition with others like Skype, Viber, Line and Facebook’s very own Messenger. Of course, WhatsApp has the advantage of being the world’s most popular messaging platform.

Until yesterday, we weren’t able to make calls from iOS to Android phones and vice versa. We don’t face this issue anymore. So far, users haven’t reported any major problems with the update, apart from the fact that their data balance gets diminished when someone calls them.

As with other similar apps, it’s not for those who have a limited internet plan and no access to Wi-Fi.