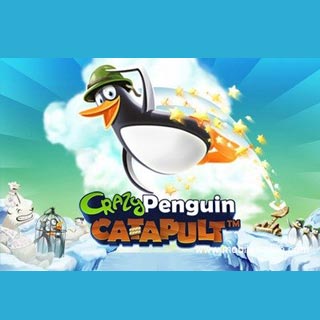 Those who enjoy playing the award winning and top reviewed Crazy Penguin Catapult game have something to watch out for. The game is back with a sequel loaded with extra fun and excitement. Gamers can acquire this game through the Apple App Store and revive the enjoyment.

Trip Hawkins, CEO of Digital Chocolate mentioned, “Fans of the original Crazy Penguin Catapult craved for more levels, power-ups and penguins. We heard them loud and clear. As a result, we will be providing 50 all-new levels, crazier power-ups and more action!”

Similar to the earlier part, players will carry on the fight with the wretched polar bears attempting to prevent them from entering the South Antarctica. This continued game will incorporate new maps and power-ups like the Grenade Penguin and Houdini Penguin. In the process to stop bears and save Antarctica, players use a catapult to help the spirited penguins to win the fight. Based on the accelerometer technology, the game offers numerous facilities to players. They can tilt the device to navigate the map as well as flick it to move the penguins in different directions.

The Crazy Penguin Catapult 2 is offered for $2.99 on iPhone and iPod Touch via the Apple Application Store or iTunes. Free version with limited number of levels is also available.