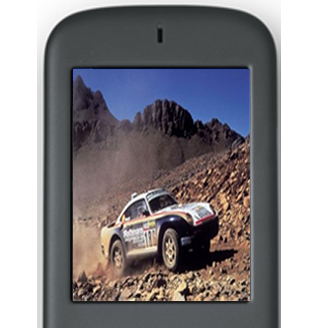 Dakar 2008 is about the Dakar rally adventure that includes a race which has 15 different levels spread across 5 countries.

The players must practice their navigational skills and also lookout for the traps that can cost them precious seconds in their journey of victory.

Javier Ferreira, VP European Publishing stated, “Following the success of Dakar 2007, and the continued popularity of this famous race, we’re delighted to bring Dakar 2008 to rally and mobile gaming fans across Europe.”

He further added, “Thanks to our continued relationship with the Dakar rally, EA Mobile is recreating the excitement of the rally for the mobile platform.”

Rally mode in particular, brings the Dakar race to life with a mix of endurance, speed and control, ensuring a thrilling and fun experience.

Players can kill five minutes with a quick spin, or beginners can get used to the individual tracks before entering the championship in the Quick Race mode.

In the Flag Chase mode, players are provided with five exclusive race circuits on which they can capture flags.

The mobile game Dakar Rally 2008 will be able to be downloaded on compatible handsets from 14th December 2007 across Europe, ahead of the real-life rally that begins in January 2008.