The Creative Sound Blaster Roar portable speaker has been made available in India officially and it can be purchased for an attractive price of Rs 14999. The new system is available exclusively through Amazon India and it comes loaded with useful features.

Originally launched last year, the Creative Sound Blaster Roar has indeed taken quite a long time to make its debut in India. As attractive as it is, the system also packs a punch through high-quality audio output. It features a full metal design with a grille-like finish throughout the body and a monocoque chassis to reduce unnecessary power consumption. 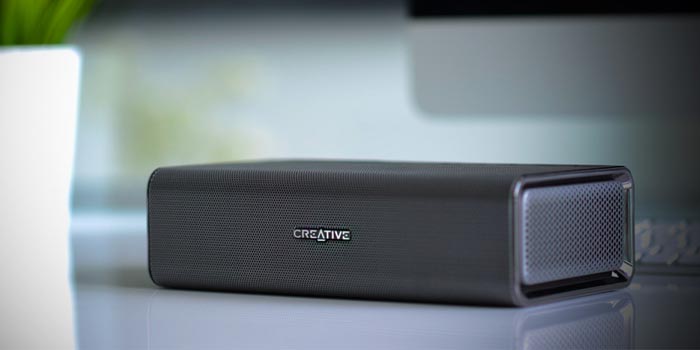 On the inside, Creative has loaded its speaker system with 2 high-performance amplifiers which power up a total of 5 drivers and there’s a subwoofer built-in as well, for high bass output. These are combined with proprietary technologies such as Roar, TeraBass and MegaStereo for a richer experience.

And apart from being able to play MP3 files, the device also supports AAC and aptX HD codecs. Various connectivity features are also onboard the Creative device as you’ll be able to get your smartphones and tablets hooked up through NFC, while streaming happens via Bluetooth. There’s a built-in microphones too which can be used for hands-free voice calls.

The Sound Blaster Roar is pretty lightweight at 1.2kg which makes it easy to carry around. There’s also a huge 6000mAh Li-ion battery onboard which can deliver up to 8 hours of music playback. You’ll be able to juice up you smartphone by connecting it to the system via the USB port.

Head over to Amazon India for more information on the Creative Sound Blaster Roar portable speaker. The company is offering a free carry case worth Rs 1499 with every purchase.