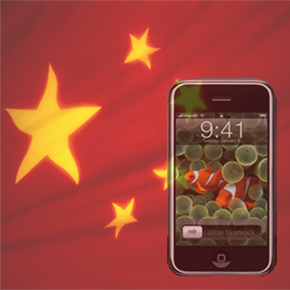 Telecom operators China Mobile and China Unicom are in talks with Apple in order to introduce the iPhone in the Chinese market.

However, China Unicom currently is not planning to initiate talks with Apple for the launch of iPhone, but they also say they could be open to the idea.

Unicom Executive Director Li Zhengmao said on a possible deal with Apple: “Right now, we don’t have any plans to introduce Apple’s iPhones in China. But of course, we’re always willing to discuss a good business opportunity if it presents itself. As for whether we’ll talk about iPhones with Apple, you’ll have to ask Apple.”

So as to make Apple iPhone popular in China they would have to customize the device to offer support for local languages, said Zhengmao.

China Mobile has upgraded their GPRS network to EDGE network during the first half of 2007 in major domestic markets such as Shandong, Jiangsu, Zhejiang and Fujian in China.

Hence, China Mobile will have no problem with the Apple iPhone network. However, the two companies have not yet signed the agreement due to different opinions on profit share.

In a speech at the GSM Association Mobile Asia Congress, Wang Jianzhou, CEO of China Mobile, admitted that “he does not like the revenue sharing contracts that Apple has managed to get. I’m not sure whether any of the mobile companies would like to be sharing profits”

However the actual date of availability of the Apple iPhone in the Chinese Market is not yet known.