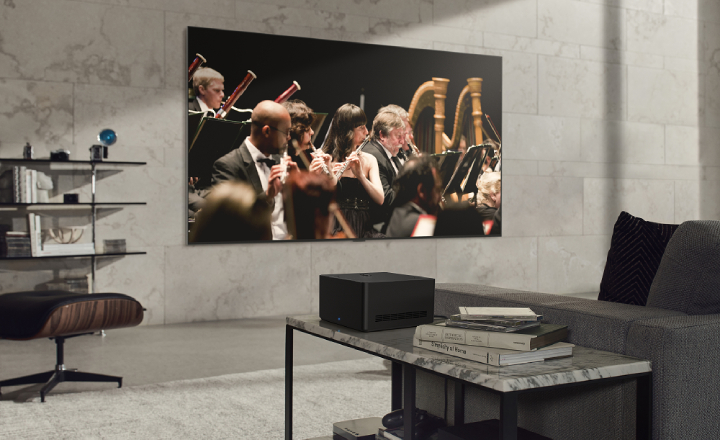 At the ongoing CES 2023, LG has unveiled its new 97-inch Signature OLED M3 TV concept, the significance of which is that it receives all its signals wirelessly. That means the power cable is the only wired input that the TV needs in order to work.

Well, sort of, since there’s another device involved. The TV works with the help of a wireless transmitter device that LG calls the Zero Connect box. It can be placed up to 30 feet away and still continue to provide 4K visuals at a 120Hz refresh rate.

A tiny antenna on top of this box must be pointing at the screen at any given time for getting the optimal signal. This means that the device will always have to be aligned somewhere in direct view of the TV.

The Zero Connect box bears three HDMI ports, a USB port as well as antenna inputs. This allows you to connect your Blu-Ray player, gaming console, Apple TV, or any other accessory to the LG TV without it being anywhere near the screen itself.

As for the TV screen itself, as we said, the presence of the power cable prevents it from being completely wireless. But despite its otherwise wireless nature, it still boasts of offering Dolby Vision, Dolby Atmos, and other technologies.

As for how the wireless beaming works, LG has kept things quite vague. It says the feat is achieved via an algorithm that instantly identifies the optimal transmission path.

This algorithm, says the company, “minimizes transmission errors or disruptions as it can recognize changes in the immediate environment – such as people or pets moving around the room – and switch paths accordingly.”

The 97-inch Signature OLED M3 TV is on display at CES 2023 with no production plans having been revealed as yet.