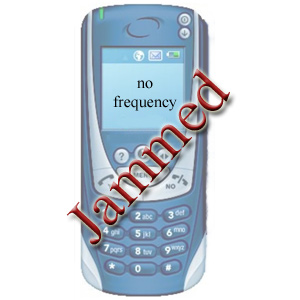 Mobile phone has become a necessary accessory in everyone’s lifestyle. One might forget to carry money or credit cards but not a mobile phone. In this busy and talkative world where people love to chat and exchange conversation, some people love to disconnect calls.

Reported by UPI, the increment of cell phone jammers has begun a new front in the battle of indiscriminate cell phone usage in public places in the United States. The mobile phone jam device technology is not new in the market, but the demand is increasing with the usage of mobile phones.

Jammers are not necessarily people who can no longer stand hearing the endless chattering but also professionals who require some peace in their work environment. A therapist in Ohio confessed the usage of jammers by saying that he needed to stop interruptions in the group while therapy discussions were in session for sufferers from eating disorders.

Last year, few investigators from the FCC and Verizon Wireless visited an upscale restaurant in Maryland. The restaurant owner said that he bought a powerful jammer for $1,000 because he was tired of his employees focusing on their phones rather than on work and customers. He warned them to put away mobile phones but everyone ignored him. Hence he had to use Jam device to make them work.

The question arises that it is very convenient for the people like the therapist and the restaurant owner to jam cell phones, but what about the people who have to attend important calls but cannot attend because of no signal. Emergency does not come with one’s convenience. It arrives at any place and at any time.

Conversations are often done by the means of mobile phone than face-to-face interaction, this is a new phenomenon. Earlier, when cell phone usage was expensive, people were quick to disconnect mobile calls but as the call rates have decrease the conversations have extended its limits.

The San Francisco-area architect, Andrew said that initially using jammer was fun, but later it became a practical way to get some quiet on the train. Now he uses it more judiciously.

In the US, it is illegal jamming the radio signals used by mobile phones, as a result of punishable crime by a fine of upto $11,000 (£5,500) for a first offence.

Cell phone usage to be included in good part or bad part of life is still a mystery, and the mystery remains the same with the jammers. People just need to re-learn the etiquettes of being polite. Cell phone users have to realize that not all conversations are appropriate at all times, and would-be jammers have to realize that public space belongs to public. Unless the two do not understand the advantages and disadvantages of the mobile phone the war of misunderstanding will continue.