Celkon has three fresh mobile phones up its sleeve and the devices belonging to the mid-range smartphone segment go by the names of Monalisa ML-5, Signature Swift A112 and Campus A10. While the all new Monalisa phone will set you back by Rs 11,000, the latest entrant in the Signature lineup of Celkon carries a price tag of Rs 8,800. The Campus A10 is even more pocket-friendly as it retails for Rs 4,299.

First up is the ML-5, a 3G smartphone that is graced by a 4.5-inch qHD touchscreen of 540 x 960p resolution as well as a 2MP webcam. Its rear panel plays host to an 8MP camera and the Android Jelly Bean 4.2.2-based gadget gains steam from a quad core 1.2GHz processor. This Bluetooth- and Wi-Fi-enabled handset tags along 1GB of RAM and 4GB onboard memory which can be expanded further by up to 32GB. A 1800mAh battery also hides under the hood. 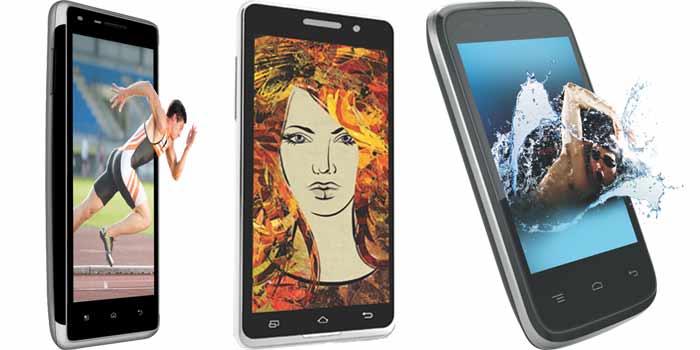 The Signature Swift A112 is a 5-inch phablet with a FWVGA touch display and it sports a 1.3MP webcam and an 8MP rear-facing camera. Powered by a 2000mAh battery, the handset employs a 1.2GHz dual core processor, 512MB of RAM and 4GB expandable storage under the hood. It binges on the Jelly Bean 4.2.2 OS too.

And as far as the Campus A10 is concerned, the Jelly Bean device adorned with a modest 3.5-inch HVGA screen boasts of a webcam as well as a 1.3MP rear snapper. Its dual core chipset sprinting at a speed of 1GHz seeks assistance from 256MB of RAM and the smartphone relies on a 1500mAh battery to stay charged up for an entire day.

Slated to be up for grabs for the aforementioned prices, the Celkon Monalisa and Signature Swift A112 are bundled with flip covers, whereas the Campus A10 is packaged along with a back case.