The Celkon Millennia Q519 is an upcoming smartphone that will soon be released in India. We know this because the handset has been listed on the company’s main website and this clearly points to an official launch that will probably happen soon. Well, we wouldn’t be surprised is the OEM skips the formalities and directly puts the phone up for grabs.

And that’s mainly since the Celkon Millennia Q519 is just another entry-level option. The phone looks a lot like devices we’ve seen from the company. And frankly, it doesn’t have much to write home about in looks. It comes in black and flaunts a simple design. 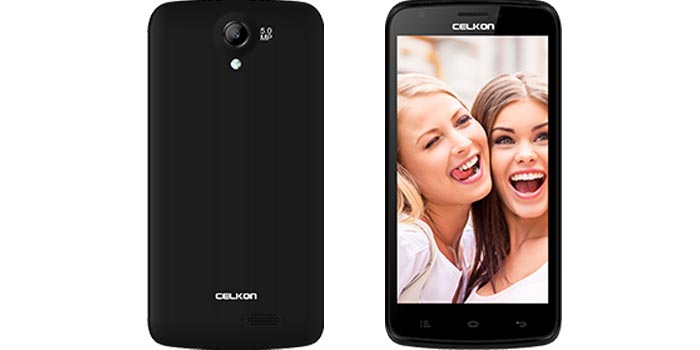 The front panel has a 3.2MP camera on the top, a 5-inch FWVGA IPS LCD touchscreen in the middle and 3 capacitive touch buttons on the bottom. Flip over to the rear and a 5MP snapper with AF and an LED flash is visible. With a new version of Android expected to go official in the coming days, this Celkon handset doesn’t even offer Lollipop, but the outdated version 4.4.2 KitKat.

A 1.2GHz quad core processor of unknown make and probably based on the Cortex A7, does the heavy lifting here and is coupled with 512MB of RAM. Additionally, the Millennia Q519 has dual SIM slots, HSPA+, 4GB storage and a 2000mAh battery.

There’s no price as yet for the Celkon Millennia Q519 smartphone, but judging by its features, we wouldn’t expect it to retail for more than Rs 4000.