The Indian smartphone market just can’t get enough of Rs 2999 smartphones which is why the Celkon Campus A400 has decided to make its appearance ahead of launch. The new device has been listed on e-commerce site HomeShop18 with ‘an out of stock’ label, but you can expect it to become available pretty soon.

Just don’t expect to hear an official launch from the company, since devices like the Celkon Campus A400 go on sale and disappear in just a matter of months. For the cash you’ll be shelling out, you do get a decent roster of features. Firstly, the company has thrown in a 4-inch WVGA display, while most other OEMs would go with a smaller panel with HVGA or lower resolution. 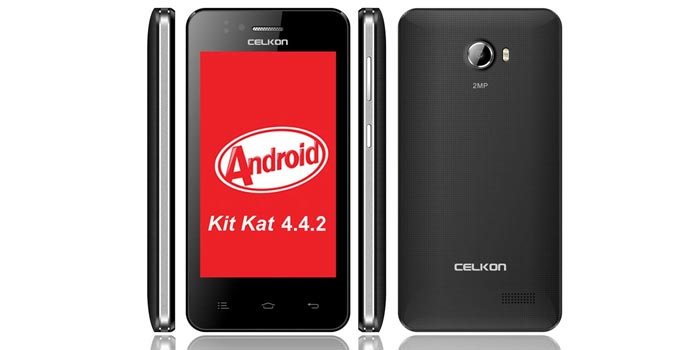 Then come memory provisions which are 256MB RAM and 512MB ROM. You also get a microSD card slot that supports up to 32GB of expansion. Processing power is derived from a 1GHz SPD 7715 chipset (probably single core) and Android 4.4 KitKat runs the show. There’s no front-facing camera here, but you do get a 2MP snapper on the rear.

Additionally, the Celkon handset offers a 1400mAh battery which can deliver around 9 hours of 2G talk time or up to 6 hours on 3G (approximately 250 hours on standby). The phone also has dual SIM card slots and while it weighs just 95 grams, it’s rather bulky at 12.6 millimeters deep.

For more information on the Celkon Campus A400, check out the HomeShop18 listing.