The Celkon C76 feature phone has been announced for people in India who would like to operate their devices in their mother tongues as it extends support to as many as 8 local languages. Those who wish to lay their hands on this basic handset can do so by shelling out Rs 1,899 for it.

Languages supported by the device include Hindi, Kannada, Gujarati, Bengali, Punjabi, Tamil and Telugu apart from English. And like its competitors such as the Maxx MX100 Leader and the Penta Bharat Phone PF300, the device lets you access the internet. A common feature that is found in most of the similar devices, that is, presence of dual SIM cards slots, has been tossed into this gadget. It can support two GSM SIM cards. 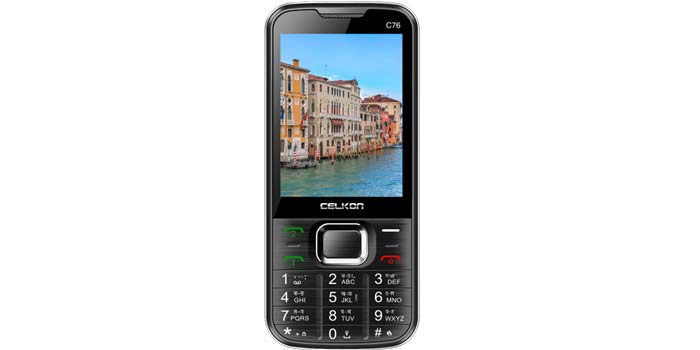 It is a candy bar phone with an alphanumeric keyboard and a screen on the front side. The QVGA display on the front has a resolution of 240 x 320 pixels and offers a viewing real estate of 2.8 inches. On the rear side, potential customers will find a 1.3MP camera that can be used for capturing video apart from clicking pictures.

And what’s more, it has Bluetooth, a USB port and a 3.5mm audio jack for connectivity purposes and it strives towards keeping users entertained at all times with its audio and video players. You can reject calls by SMS and increase its internal memory by up to 8GB via a microSD card. A 1400mAh battery fuels the device from within.