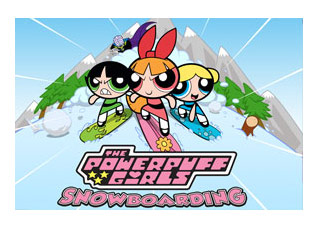 In the Powerpuff Girls Snowboarding game, players can exhibit their snowboarding skills in the show-clad Townsville. Players can get into the shoes of any one Powerpuff Girl and compete in the annual Townsville Snowboarding Championship. The championship can be played on the 20 fast-paced and totally fun sloping tracks, by using the touchscreen to jump, duck or cruise past obstacles. To increase or decrease speed, players simply need to tilt their iPhone. The challenge is to beat evils like Mojo Jojo and Fuzzy Lumpkins to earn medals and a better score in the championship.

Laurel Chamberlain, Director of Digital Engagement was quoted as saying that, “Working to bring much loved, classic animated characters into the 21st century with an iPhone game made perfect sense. The Powerpuff Girls continue to be a vibrant and highly fashionable brand that blend perfectly with the modern and dynamic features of the iPhone. We’re also pleased to have created the app in Italian and Spanish (as well as German and French) where the Powerpuff Girls have a dedicated and lively following. This new game makes an exciting addition to our app portfolio.”

On the other hand, Powerpuff Girls PowAPuff! has the Gangreen Gang creating havoc in Townsville, and need to be tamed before they take over the entire town. Players need to tap the screen to get rid of the popping green-skinned teenage hoodlums. But players need to pay attention to all the smacking and popping. They should not hit either of the girls or any of the other ‘good’ characters. An accidental hit may end the game for the players. The game offers three areas in Townsville to play the game while can also compare scores with players across the globe.

The game apps can be downloaded from itunes.apple.com at an apparently affordable rate. Both applications run fine on the iPhone and second generation iPod Touch as well. The languages supported include English, French, Italian, German and Spanish.