One of the world’s most favorite games right now, Candy Crush Saga has landed on the Windows Phone Store two years following its launch on Android and iOS platforms and two and a half years after its debut on Facebook. This title is now available as a free download for devices running the 8.1 version of Microsoft’s mobile OS.

But as usual, while you’ll require no fees to download and start playing it, there will indeed be lots of in-game purchases you’ll be able to make in order to gain small advantages while playing the title. For the Windows Phone version of Candy Crush Saga, all payments will be routed through the Wallet PIN feature that’s present in the settings menu. 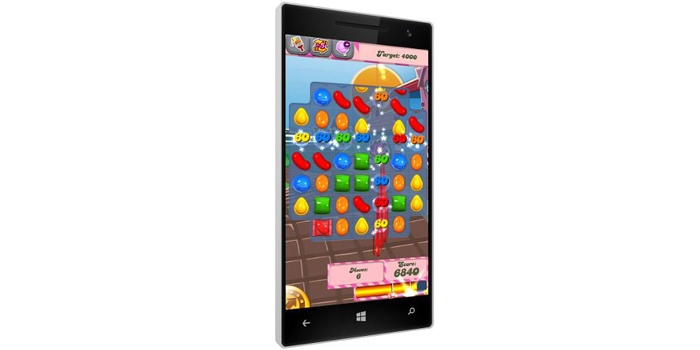 The game follows the match-three style of gameplay which we’ve seen in offerings like Bejeweled. It contains a large number of different levels, with each of them more challenging than the other. Every level has a board that’s filled with candies of different types as well as various obstacles and power-ups.

The basic aim of Candy Crush Saga is to eliminate all the candies from the board by swapping positions of two adjacent ones to align three of the same kind together either horizontally or vertically. The Windows Phone version of this game kicks in a total of 50 main levels, while it also encompasses the much loved Dreamworld expansion that was introduced last year.

Those of you who happen to own WP devices can now head over to the Windows Phone Store in order to download your free copies of the extremely addictive Candy Crush Saga on your smartphones.