WhatsApp has started rolling out a brand new feature for iPhone and Android users alike, tweaking its Status tab to allow for text-only updates against a colorful background. The company has so far restricted things to photos and videos.

That’s not the case anymore thanks to WhatsApp’s latest upgrade. The change isn’t showing up for all users at once, so people eager to try it out might have to wait a while. The tool basically lets individuals type text, customize the background, add links, change the font, and insert emoji.

It’s a useful new addition for WhatsApp users who have something to say for 24 hours but don’t necessarily want to use an image or video to express that thought. If they’d rather do so via the traditional plain text-only format, they can head to Profile, followed by About, and then type in whatever they’re feeling. The text will then appear below their name. 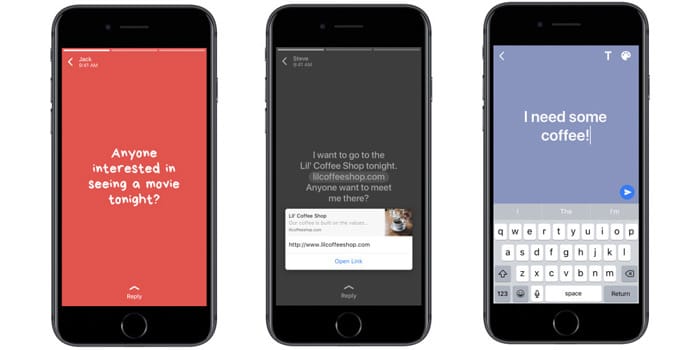 To check if the feature has made its way to an iPhone, a pen icon should be present next to the camera in WhatsApp’s Status bar. The same pen symbol is present on Android devices, but it’ll be floating above the camera in the Status tab.

These colorful text status updates actually went into testing earlier this month, so it’s nice to see that WhatsApp has released it for both major operating systems within a short time period. It doesn’t seem to have made its way to Windows Phone patrons yet.

You can download the latest version of WhatsApp via the App Store or Play Store.