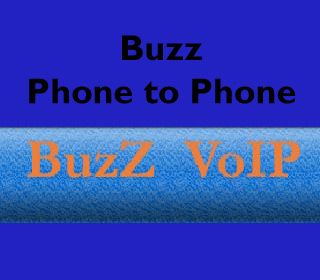 Buzz Technology has released a WAP-based VoIP unit that allows mobile phone users to make low cost calls directly from their mobile phone. Surprisingly, just a WAP-enabled phone is required and there is no need for any special equipment or software.

According to Sutida Suwunnavid, Chairwoman of Buzz Technologies, “This service is free to all members of Buzz’s Social Networking Sites, BuzZMe In and the Chinese Xirxi. Services such as VoIP, video, music, radio, news and instant messaging coupled with mobile devices such as a WiFi enabled iPod, and the ubiquity of broadband will result in 100 million consumer mobile VoIP users in 2011. WiFi enabled mobile entertainment devices will make up 36% of all mobile VoIP devices sold in 2011.”

The Beta Version of the company’s Mobile Search Engines has also been announced that operates in all major languages. This enables Buzz to join a very small group of companies with its full service Mobile Website.

The company has planned to promote the free VoIP, SMS and Mobile Services in China as their search is already operating in Chinese and a Chinese section in PPC ad serve. However, the development will hit sometime after 6 months.