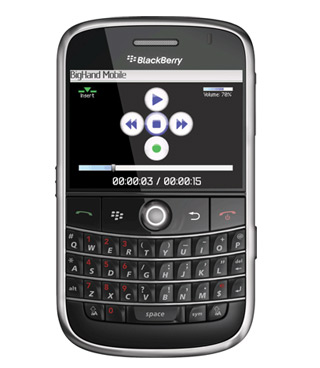 Bond Schoeneck & King declared the implementation of the BigHand voice productivity software. On switching to BigHand in August, the firm has centralized all digital dictation workflows that lead to seamless work-sharing across its eleven offices.

Apart from workflow gains and inter-office collaboration, it has also announced the BigHand for BlackBerry smartphones which provides enhanced mobile workforce, more productivity while out of office and reduced IT investment. Bond Schoeneck & King selects BigHand based on the ease of set-up and administration and also the limited IT overhead which is essential to maintain the system.

“We spent a lot of time on due diligence and comparing our options and selected BigHand based on a variety of factors ranging from usability, mobility options and the overall attractiveness of the user interface” stated Jean Hay, IT Director for Bond, Schoeneck & King. “We always give our users options and BigHand has by far been one of our most popular new technologies. Our mobile workforce loves BigHand for BlackBerry and all users really appreciate the ease of use and limited training involved in getting started.”

Bond Schoeneck & King has seen an increase in users’ adoption since the ‘go live’ date. The software has several benefits such as replacing antiquated dictation equipment with less new hardware (or BlackBerry devices), more responsiveness, ease-of-use and more.

BigHand has several offices across the globe including Chicago, Toronto, London and Sydney.