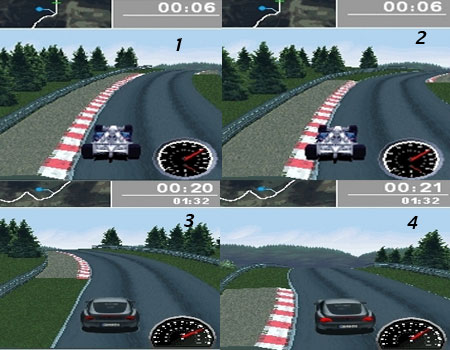 Have you chosen your BMW? Okay let’s get started…1…2…3…get set go. Go vroom with your handsets as Hands-On Mobile brings the BMW Racing game for mobile users. Hands-On Mobile, the world’s leading developer of connected games and applications is in the process of signing a licensing agreement with BMW AG and Nürburgring GmbH, owner of the Nürburgring Nordschleife track, to launch the game this summer in Europe, APAC and Latin America via various carriers.

BMW Racing is developed by independent UK studio FinBlade. The game features the latest high performance six officially licensed BMW cars, including the M3, M5, M6 as well as the current season Formula One racer BMW Sauber F1.08. The Racing game will also feature ‘realistic car handling’ different for different BMW. BMW Racing is aimed at giving gamers all the real-life like experiences and the thrills of racing on the world famous Nürburgring circuit right on their mobile phones.

By launching the game for mobile users, the General Manager of Hands-On Mobile EMEA, Greg Robinson, plans to reach a wider consumer base. “Brand extensions are a great way for companies to reach new markets and the ubiquity of the mobile phone means mobile brand extensions in particular have the potential to reach huge numbers of consumers. In the past we have worked with brands such as Marvel and World Poker Tour and have delivered top selling mobile games and content across the globe and we are looking forward to doing the same for BMW Racing,” he says.

Gamers can play the game by selecting one out of the two- ‘Challenge’ and ‘Time Trial’- modes. They get to race around the ‘longest, toughest and most demanding purpose-built race track in the world’ – Nürburgring Nordschleife. Now what more can a racer ask for?