SecuTABLET is a new spy-proof device which has been launched by a company owned by BlackBerry, Secusmart in partnership with biggies like IBM and Samsung. This tablet is a Galaxy Tab S 10.5 in terms of hardware, but it’s distinguished by the fact that supports a high-grade security communications suite called SecuSUITE.

In other words, it protects data that’s stored on it with an extremely high level of security. It’s hence not meant for consumer use, and is targeted towards national and international public sector markets and enterprises. The German government is already testing it, so there are chances that its members will be the first beneficiaries of this new BlackBerry offering. 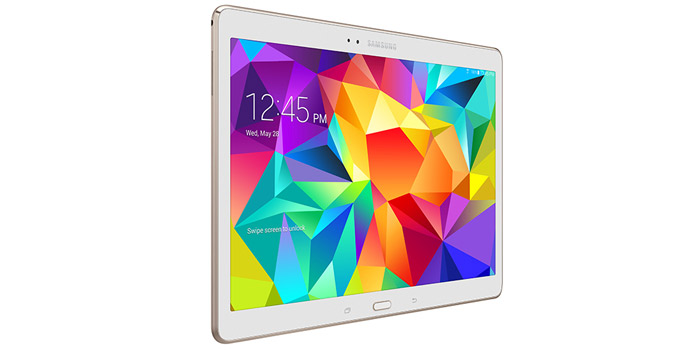 What distinguishes this slate from other similar tablets is that it even allows users to indulge in personal apps like Facebook, YouTube and more. These applications are not secured by the software, but their presence certainly eliminates the need for a second tablet for personal use.

The Samsung Galaxy Tab S 10.5 is already a pretty high-end gadget in itself. It was released last year with a 10.5-inch Super AMOLED display bearing a resolution of 2560 x 1600 pixels. This tablet moreover, kicks in a quad core Snapdragon 800 processor and an 8MP rear camera, among other advanced offerings.

A look at the key specs of the Samsung Galaxy Tab S 10.5:

Like we said, the new SecuTABLET that’s a result of a partnership between Blackberry, IBM and Samsung isn’t meant for the public. Its $2380 price tag is an evidence of this fact.