No, BlackBerry hasn’t revealed anything about the Z30 smartphone’s release date, but a report has been doing the rounds on the web and it claims that the handset will be launching on October 24. And that’s not quite all. Apparently, the Canadian company will also be making some announcements, but as of now, we have no idea as to what those could be.

The BlackBerry Z30 can also be seen on select shopping portals, however, even these websites have refrained from revealing anything about the price or availability details. The device that was unveiled almost a month ago, is the first BB phablet as it employs a 5-inch Super AMOLED capacitive touchscreen. It delivers images in a resolution of 1280 x 720 pixels and tags along multiple essential sensors. 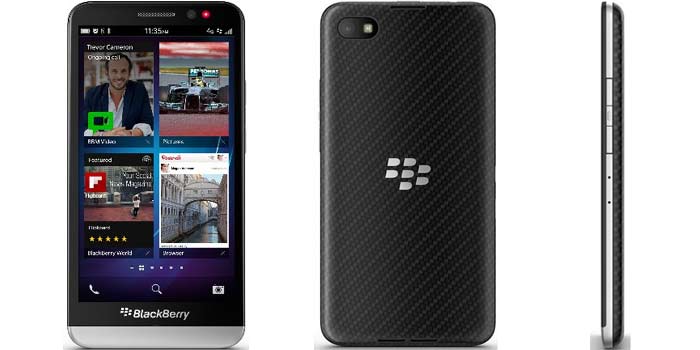 An 8MP camera with LED flash and the ability to record HD videos has been fitted on the rear panel, while a 2MP webcam has been thrown into the mix to facilitate video conferencing. Although it is a phablet, the company doesn’t think it requires a quad core processor to run. The gadget employs a dual core Qualcomm Snapdragon S4 chip ticking at 1.7GHz.

Furthermore, it brings 2GB of RAM and 16GB internal storage that is expandable by up to 64GB. The 3G-enabled phone based on the BlackBerry OS 10.2 draws power from a 2800mAh lithium-ion battery. It is being said that the handset can provide talk time of up to 25 hours.

It is the guys over at IBNLive.com who have reported about the BlackBerry Z30’s imminent arrival.