In case you missed it, the BlackBerry Z3 smartphone is expected to be unveiled in India soon with a price of more than Rs 11000 attached to it. The Canadian company’s handset business may be sinking, but it’s still got loyal customers in a few markets such as Indonesia, Malaysia and India, of course.

Now the BlackBerry Z3 smartphone had already gone official in Indonesia in the form of a special Jakarta Edition in May last month. Less than two weeks later some interesting clues starting pointing in the direction of it being released in India and Malaysia too. BerryReview cited two reports which back up the rumor and one is sort of official. 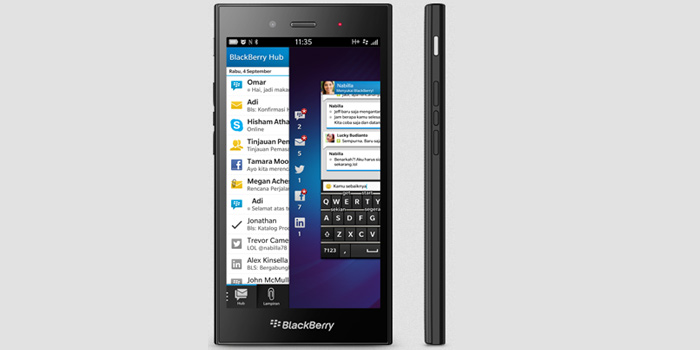 First off, the BlackBerry India website has started hosting a safety guide for the Z3 handset, and this could only mean that the device will be unveiled in the country any time soon. As for ‘evidence’ supporting speculations about the Malaysia launch, the phone in question is said to have slipped into the Malaysian Authorities database.

The BlackBerry Z3 was let loose in Indonesia for IDR 2199000, which converts into slightly over Rs 11000 at present. Unless the Jakarta Edition was priced a bit higher than intended for the regular device, we don’t see how the company would be able to sell it in India for Rs 11000 with all the taxes and what not that are likely to be imposed on it.

This post has been updated with a new YouTube video in response to readers’ views about the previous one.