The BlackBerry Z10 smartphone has gone even cheaper in India and the Canadian manufacturer is offering it for a highly discounted price of Rs 17,990 to interested users in the subcontinent. But it should be noted that the offer is valid only for a limited period of time, 60 days to be precise.

The company says that the price cut has been announced to celebrate BlackBerry’s 10 years in the Indian mobile market. And this is not the first device from this firm whose price has been slashed. In fact, this is not even the first time when the Z10 itself has gone cheaper in India. It was released carrying a retail tag of Rs 43,490, but was up for grabs for Rs 29,990 for quite a while. 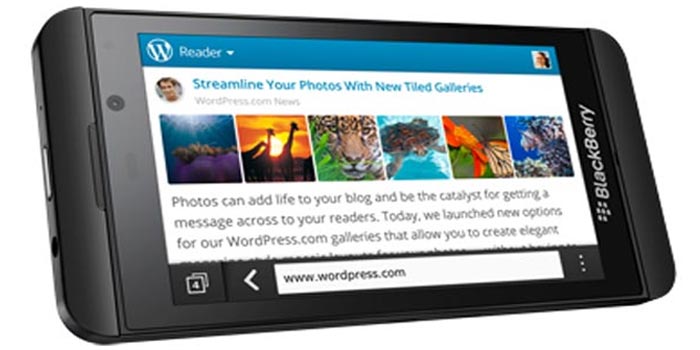 Here’s a quick recap of the phone for refresher’s sake. The Z10 was the first device from BlackBerry’s stable to make the most of the BB 10 OS. It flaunts a 4.2-inch HD 768 x 1280p touchscreen which is accompanied by a 2MP webcam for facilitating video conferencing on the move.

On flipping the device over, you will come face-to-face with an 8MP snapper that is said to be capable of capturing good-quality images and videos in 1080p resolution. A 1.5GHz dual core processor resides within the confines of the phone along with 2GB of RAM and a 1800mAh battery.

Key specs of the phone: