The BlackBerry Passport ‘square phone’ may have gone out of stock on Amazon India recently, but there’s no need to panic in case you were thinking of buying it. The last time we checked, the online retailer said that the phone would be back in stock by October 20.

You’d think CEO John Chen, would be least likely to feel pleased about the problem of the BlackBerry Passport not being able to meet demand. But apparently, he is happy to know that the smartphone is popular. The Canadian company has finally hit the balance between too many and not enough devices, says CrackBerry. 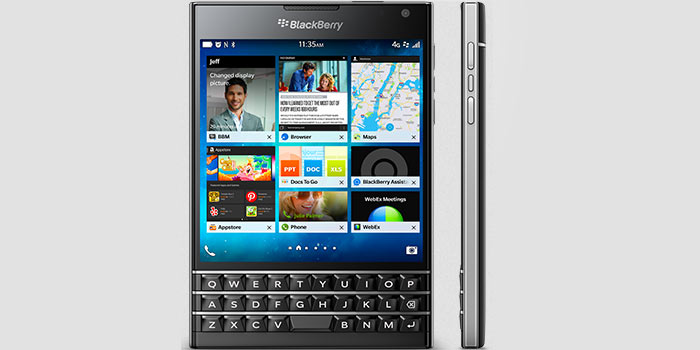 The shortage of BlackBerry Passport units will leave eager customers hankering after it and if the release of new stock is timed well, the company may be able to keep the publicity going. The phone was launched exclusively through Amazon India in September and it started shipping out to customers on October 10.

Pegged at Rs 49990, the handset features an oddly squarish form factor with a 4.5-inch 1440 x 1440p display on its face. It has some pretty decent specs such as 3GB of RAM, a Snapdragon 800 quad core chip, 4G network support and a 13MP camera. But we guess it’s really up to fans to decide whether it’s worth its cost.

You’ll find the BlackBerry Passport smartphone on this Amazon India page. It is priced at Rs 49990, as mentioned above.