A BlackBerry Mercury smartphone with a physical QWERTY keyboard will be unveiled shortly at the CES 2017 which is scheduled for January 5 to 7. Meanwhile, a 4-second teaser video as well as images of what appear to be press shots of the device have been rolled out.

The video is by BlackBerry manufacturer TCL’s Steve Cistulli. It does not offer much in terms of details. But it has at least been officially confirmed that the BlackBerry Mercury aka DTEK70 will sport a traditional QWERTY keypad and capacitive keys above it, something everyone had guessed already.

The description for the teaser says that the handset is ‘imPRESSively designed. distinctly different.’ Get it? ‘imPRESSively’? Moving on to the leaked images (via GSMArena), we get a clearer glimpse of what the new BlackBerry phone will look like, providing these are actual promotional pictures. 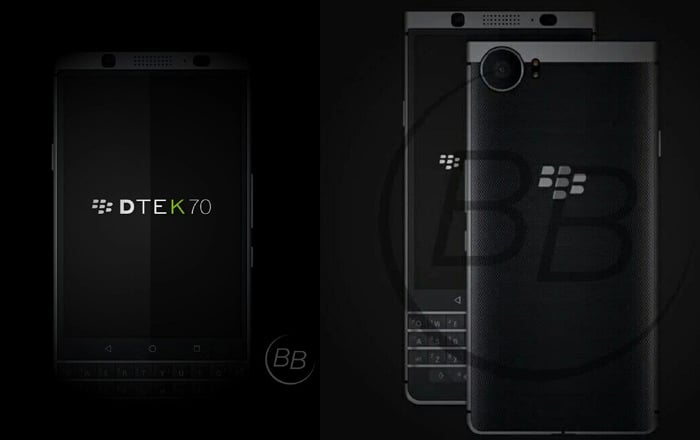 The distinct BlackBerry logo is seen on the back panel which has a textured finish. There’s also a generously proportioned camera module on top along with dual tone flash. If you peer carefully at the keyboard, you’ll notice that it looks similar to the keypad revealed in Cistulli’s video.

The little we know about the specifications of the BlackBerry Mercury comes via rumors of course. The device is supposed to feature a rather small 4.2-inch display (not clear if it’s curved like that of the Priv), a Qualcomm Snapdragon 625 processor and a 3400mAh battery.

In terms of memory, the handset might have 3GB of RAM and 32GB internal storage. Hopefully, it’ll offer customers the option to slide in a microSD card for more hoarding space. According to the source of the leak, the DTEK70 will be launched on January 4.