The BlackBerry KEYone has officially gotten launched in India and is all set to go on sale exclusively via Amazon on August 8. The handset represents one final moment of glory for the beleaguered company as it’s the last phone the brand designed in-house.

The KEYone is clearly a throwback to BlackBerry designs of years past. The phone has a clear appeal to nostalgia-seekers who prefer having something to solid to type on while still having access to Android 7.1.1 Nougat. They’ll have to pay Rs 39990 to do so, an expensive proposition for a phone that runs on a mid-range Snapdragon 625 processor.

BlackBerry’s partnered with Optiemus Infracom for the handset’s release in India. The latter is manufacturing and distributing the phone in the country. There are a couple of changes in store as a result, starting with the name. The device is officially called the KEYone Limited Edition Black here. 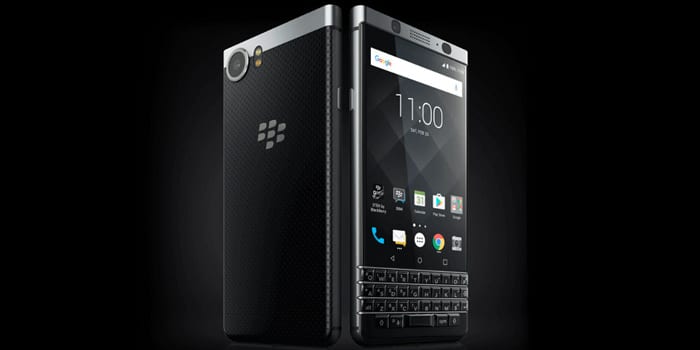 Furthermore, the KEYone’s memory specs have gone from 3GB/32GB to 4GB/64GB and there’s support for 2 SIM cards inside. The handset appears to be the same as the international variant in all other respects, including its 4.5-inch touchscreen and touch-sensitive physical keyboard.

A lot of attention has been paid to the keyboard, with tools like Flick typing and touch navigation setting it apart from other Android phones. The former lets people flick predictive words at the screen and the latter allows them to use the keyboard as a trackpad to scroll through emails and sites.

Once again, you can buy the BlackBerry KEYone Limited Edition Black via Amazon India on August 8 priced at Rs 39990. Owners will be eligible to receive 75GB of extra Vodafone data and 4000 bonus American Express points on their credit card.