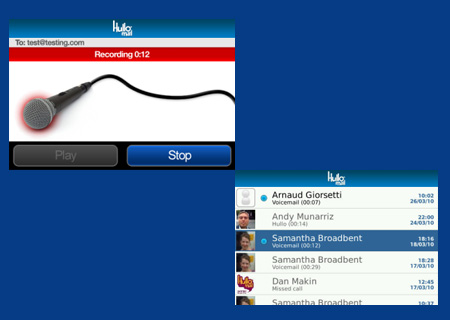 Andy Munarriz, founder and CEO, HulloMail, commented, “Having listened to consumer feedback, we are pleased to announce expanding our support for all models of the popular BlackBerry Curve series of smartphones. People can access the app for free by visiting BlackBerry App World. Check it out.”

Users can mail and receive immediate ‘Hullo’ voice messages with friends or family, for no charge, both locally and globally. The accessibility of the HulloMail app seems to concur with the recent rebranding of the service, which incorporates a revamp of the look and feel of HulloMail on BlackBerry smartphones.

This HulloMail voice messaging app can be downloaded for no charge.