The BlackBerry Classic which was earlier known as the Q20 has now made its way into the Indian market and it’s available for purchase at a price of Rs 31990. The new release is a blast from the past as it offers the traditional BB design seen on the popular Bold series and the company has modernized the phone with better hardware and its latest software.

The BlackBerry Classic is basically what everyone expected from the Canadian company when it planned to release its own BB10 OS. But instead, the phone maker delivered devices such as the all-touch Z10 and Z30 as well as the QWERTY-touting Q10 and Q5 which haven’t done all that well in the market. 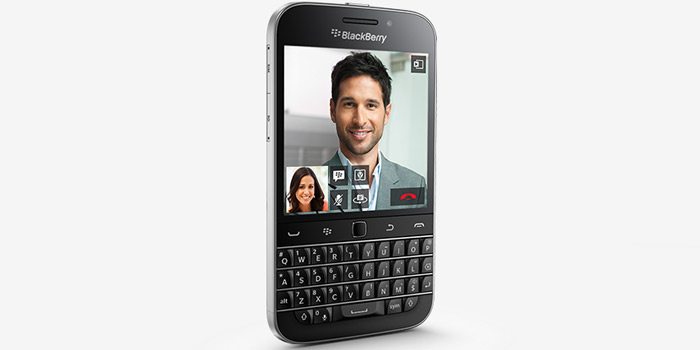 And with the handset in question, the company is attempting to turn things around and regain lost ground, including fans of the widely popular series. Unlike previous additions in the BB10 lineup, the Classic comes with the traditional strip which includes answer and reject buttons, an optical trackpad, a back option and even a dedicated menu key.

Unlike the Passport which is a monster-size phablet from BlackBerry, the Classic hasn’t been treated to the best specs on the market. And while it does offer a fairly good roster of components, you’ll still be longing for more considering the cash you’ll be shelling out.

Here’s an in-depth look at the key BlackBerry Classic specifications:

The BlackBerry Classic will be available exclusively through Snapdeal starting today.