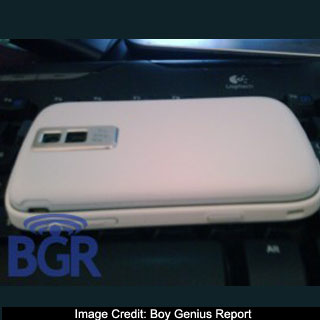 An email from a professor at York University states that RIM has sent a completely white version of the BlackBerry Bold to Telus and Wind for testing, according to the Boy Genius Report. The two testing companies provide advanced wireless testing facilities and that is the reason RIM has sent the device to them.

The BlackBerry Bold 9700 also coded as Onyx was launched in May, 2008 and since then many smartphones have been released by RIM. It is exclusively offered by AT&T in the United States. The smartphone incorporates Quad-band GSM/GPRS/EDGE along with UMTS/HSDPA. It sports a 480×360 resolution display, QWERTY keyboard and a 3.2 megapixel with auto focus.

Operating on 5.0 Operating System, the device supports Wi-Fi a,b,g and Bluetooth. Moreover, it will provide 256MB of application memory and will offer an improved battery life as compared to the earlier released BlackBerry Bold 9000. As an exclusive feature this model will possess the new trackpad replacing the traditional track ball.

Currently, not much is known about the specifications and availability so customers need to wait to get their hands on the white BlackBerry Bold 9700.