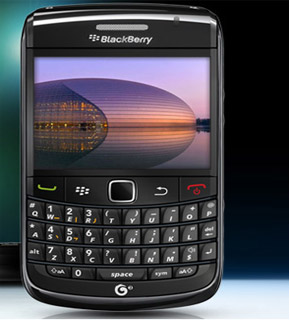 China Mobile and RIM released the BlackBerry Bold 9788 today. The much awaited sleek and stylish smartphone is the first one in China to run on the TD-SCDMA wireless network and features an ergonomic keyboard.

The compact 9788 embeds a 5MP camera with continuous auto focus, scene modes, image stabilization, flash and video recording. It comes pre-loaded with a wide collection of applications and services from the operator. This Wi-Fi and GPS enabled smartphone runs on the BlackBerry 6 operating system and has been integrated with a new WebKit-based browser which loads HTML web pages at a seemingly faster rate.

Users can benefit from the expanded messaging capabilities with intuitive features that the 6 OS provides as well as the simplified management of social networking, RSS feeds and integrated access to various instant messaging applications. With the pre-loaded BBM and BlackBerry App World they can always remain connected and entertained. Most of the handset’s features and applications have been tailor-made for the Chinese market.

Since there are more than 500 IT policies available, the Bold 9788 and BlackBerry Enterprise Server together claim to present users with a safe and manageable mobile solution. The BlackBerry solution is believed to be the leading one for enterprises all over the world and has been adopted by numerous Chinese corporations.

The BlackBerry Bold 9788 smartphone is scheduled to be available from authorized China Mobile and RIM retailers in China from this month. Its pricing details have not yet been revealed.