Home BlackBerry BlackBerry bets on India launch of Passport and Classic for its brand...

BlackBerry is back to its QWERTY formula that made it a success and plans to launch its new Passport and Classic smartphones in India, one of the few countries which still house faithful fans of the brand. Apart from revealing this, the company has also announced its intention to keep its physical stores open instead of moving sales purely to the online medium.

Starting with the Passport, its interface does not stick to the whole BlackBerry format of a QWERTY keyboard paired with a trackpad. It adopts a 4.5-inch square touchscreen and a physical QWERTY layout instead. The last mentioned is also built to support personalized commands by users. 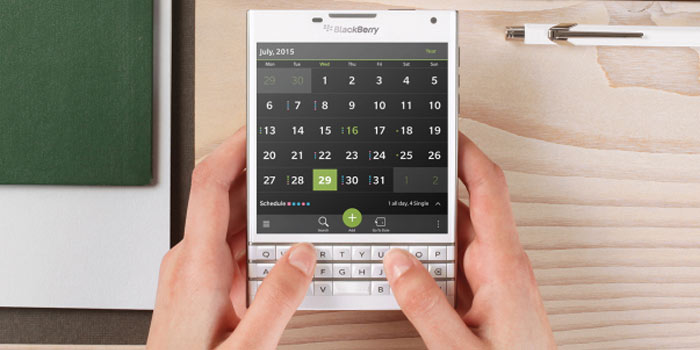 The name of the odd-looking device is inspired from, you guessed it right, the traveler’s passport which the company describes as a ‘universal symbol of mobility.’ It will be dished out in two color options of black and white. Not much about the BlackBery Q20 has been unveiled so far, but we do know that it will be made out of premium materials.

As for the BlackBerry Classic, you get a 3.2-inch 1440 x 1440p capacitive display, 2GB RAM, 64GB microSD card support and a 1.5GHz dual core Qualcomm chip. This smartphone runs on the same OS as its awkwardly shaped companion and was previously revealed as the Q20. The company maintains that users feel the hard buttons and trackpad are typical of the QWERTY experience provided by the brand, which explains the renaming.

There’s no word on pricing or exact release dates with regards to the roll-out of the BlackBerry Passport and Classic in India, but we’ll keep you updated as soon as we get anything new.