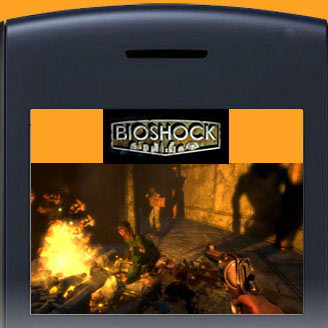 There is good news for gamers as they will be able play BioShock not only on their Xbox 360 console and PC but also on their mobile phones soon. IG Fun has already secured the global rights to develop and publish BioShock for the mobile platform from 2K Games.

Sean Malatesta, CEO, IG Fun explained, “We’re trying to do great things and BioShock on mobile promises to offer a whole new gaming experience and unmatched excitement amongst mobile gamers the world over.”

Malatesta further continued, “BioShock is a special game in its genre, it brings an element of conflicting morals which has an impact on the storyline, and, among other things, on the difficulty of the game itself.”

BioShock places the player in the role of a plane crash survivor named Jack, who must explore the underwater Objectivist-dystopian city of Rapture, and survive attacks, by the mutated beings and mechanical drones that populate it.

The player will have to make meaningful choices and mature decisions, ultimately culminating in the grand question: do you exploit the innocent survivors of Rapture or save them.

According to Vishal Gondal BioShock Founder & CEO, Indiagames Ltd., “Bio-shock on mobile will herald the next level in mobile game development and gameplay experience.”

This “genetically enhanced” first-person shooter lets the player do things never before possible in the genre: turn everything into a weapon, biologically mod body with plasmids, hack devices and systems, upgrade weapons and craft new ammo variants, and experiment with different battle techniques in an incredibly unique underwater city.

Bioshock is said to the 2nd highest rated game in the Xbox 360 category, while it is the 3rd highest in the PC game category.