You don’t necessarily have to be a Bharti Airtel customer in order to download and use the Wynk music streaming app released by the provider for Android and iOS devices. But there are some perks to being a subscriber of the network operator which we’ll be getting to in a minute.

Wynk Music is free to download and install on your Android or Apple devices, though you may have to pay for in-app content depending on your choice of music since some songs are for free, while others are not. It’s an over-the-top (OTT) service like WhatsApp or Line and does not distinguish between carriers. 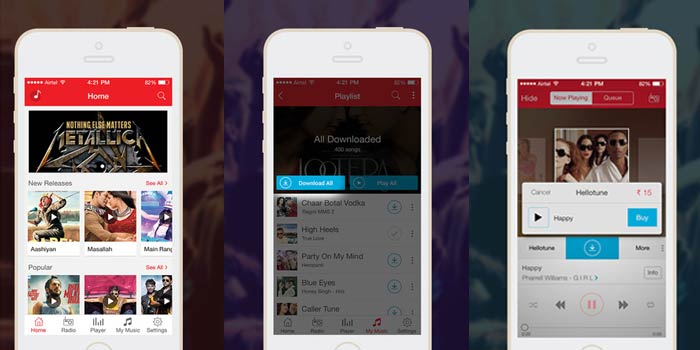 Airtel is backing Wynk with a music library housing more than 1.7 million songs in languages covering Hindi, English, Bhojpuri, Tamil, Telugu, Kannada, Punjabi and Bengali as well as Indian pop. Out of the 200 million subscribers that the carrier boasts of, about 40 million use smartphones.

The Airtel music streaming application has been rolled out with English and Hindi as the optional user interfaces for obvious reasons. You can stream and download tracks by genre, artist and mood, or even tune into the Internet radio facility it offers. Depending on your bandwidth, you can also go for 128kbps, 64kbps or 32kbps sound quality.

While ad-free music streaming comes with the app, you’ll have to pay Rs 99 per month for unlimited downloads on Wynk Plus, while Airtel users are charged only Rs 29 monthly. You can locally store the songs you’ve bought and listen to them offline. Wynk Freedom packs in unlimited streaming and downloads at Rs 129 per month with no data charges. 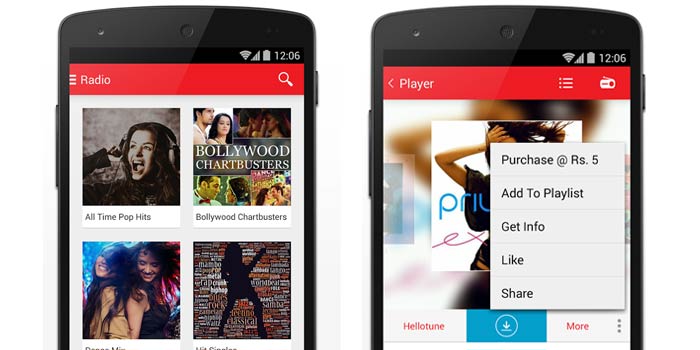 There’s a one month of free trial offer on Wynk Plus and Freedom. The latter plan and the trial period deal are only available to Airtel customers, as is carrier billing which allows users to pay for purchases later. Those who’re on other networks will have to shell out money for downloads via net banking, credit card or debit card.

Here’s the download link to Airtel’s Wynk Music app in Google Play Store, while iOS users can find it on this iTunes page. It works just fine with 2G, though 3G, speedy Wi-Fi and 4G connectivity would serve better.