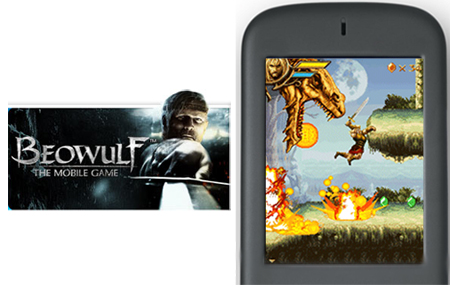 Gameloft, a publisher and developer of video games for mobile handsets has announced the launch of ‘Beowulf: The Official Mobile Game’ which is based on the recently released movie of the same name which stars Angelina Jolie and Anthony Hopkins among others.

The newly launched game allows gamers to play as the legendary warrior Beowulf. Players have to fight the most gigantic monsters seen on mobile till date and use the environment around them to easily destroy enemies.

The game has 14 exciting levels to play with more than 15 incredible fight moves with various objects as weapons that can cause damage to the enemy within a blink of an eye.

“We are proud to translate the exciting thrills of this famous epic to mobile handsets worldwide,” said Gonzague de Vallois, senior vice president of publishing, Gameloft.

He further added, “The game not only stimulates players visually, but immerses them into the intense, action-packed world of Beowulf that is sure to intrigue and captivate players for hours.”