BlackBerry BBM for Windows Phone may be available to all users now, but it’s still in the beta stage which means you could see major changes arriving before it hits the final version. We know you’re very interested because the first time a version of BBM for Android leaked out, eager fans nearly broke the service by signing up all at once.

What followed was a delay in BlackBerry rolling out the application as per schedule and the company even had to pull the unofficial build. Fast forward to the present and Windows Phone users who’ve been dying to share their BBM pin with the world will surely snap up the messenger application just as enthusiastically. BBM has a venerable reputation backing it after all. 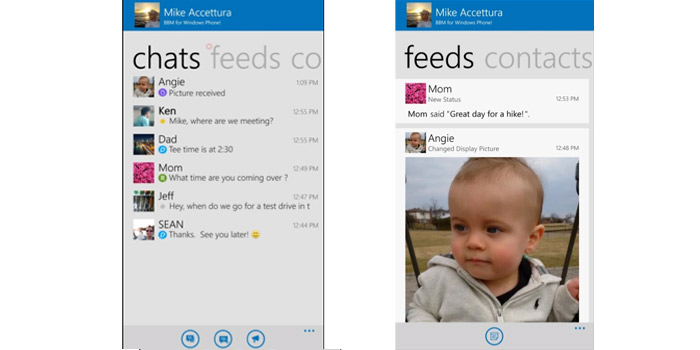 BlackBerry’s smartphone business has practically sunk and if it doesn’t manage to attract some decent amount of revenue through software and services, it’ll have to spend the rest of its days looking for someone to sue. So it can’t afford to ignore the Windows Phone platform or any other likely source of profits. BBM beta was made available early this month on an invite-only basis or through special request.

More: BBM for Android and iOS to go live this weekend

BBM for Windows Phone beta is compatible with v8 and v8.1 of the mobile OS by Microsoft. Users can connect to others by sharing their PIN only in case they don’t wish to reveal their email address or phone number. The messaging app offers you the option of pinning groups and individual chats to the start screen for quick access to them and the Groups feature lets you include up to 50 people in a single chat.

Follow this link to the BlackBerry BBM app in the Windows Phone Store, if you want.