The BlackBerry BBM platform has just been blessed with a new update on all the platforms it’s available on, and this version of the app is being touted to offer its ‘fastest and smoothest’ experience yet. While the Android version of the offering benefits from Android Wear support, the iOS variant has been blessed with compatibility with its Touch ID sensor finally.

BlackBerry has announced that those using Android Wear smartwatches will now be able to seamlessly receive BBM notifications on their wrists. And moreover, they will also be provided with the ability to read and respond to them with a few simple swipes. 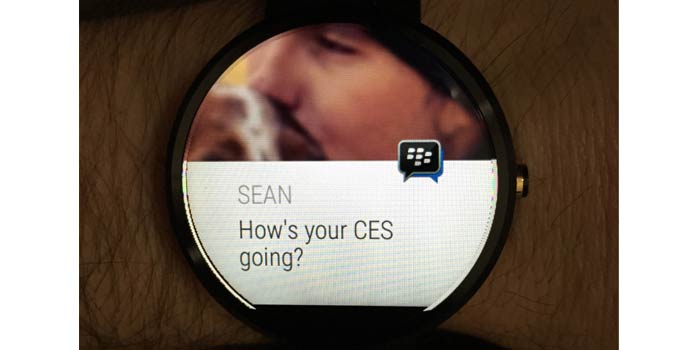 As for the iOS version, the Touch ID fingerprint scanner will give a new layer of security to the app. As an alternative to the standard 4-digit authentication code on the software, users will be allowed to just scan their fingerprints to gain access to their chats.

Also read: BBM 2.6 for Android, iOS and BlackBerry brings group stickers and a much more

A much requested feature that has entered the new version of BBM is the facility to share photos in groups. These images will get stored in the Pictures section of the group, thus allowing you to like and comment on them.

Another interesting feature that’s being added to the popular BlackBerry application is a fresh subscription model. Opting for ‘No Ads’ which costs $0.99 will ensure that you get no ads in the messenger section for a month, while going for ‘Custom PIN’ which costs $1.99 will give you a new PIN to use for a month.

The updated BBM app for Android, iOS and BlackBerry 10 devices is being rolled out currently through the respective official digital distributions platforms of these operating systems.