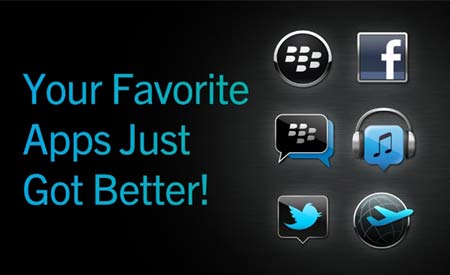 The BlackBerry Tag feature incorporated by BBM should allow users to send voice notes quickly and without much effort. It can even be utilized as a convenient method of transferring apps between 2 NFC-enabled BlackBerry handsets. This version of the software also includes a wide range of animated emoticons that are sharable with pals. 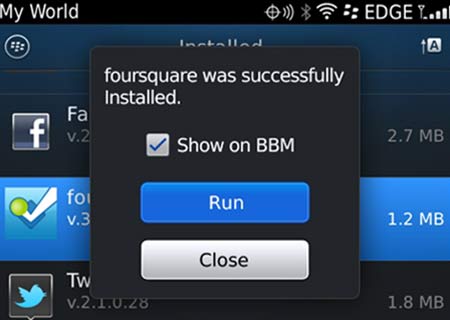 The Facebook and Twitter apps for Blackberry are now BBM connected, which means status updates can be shared with others, by simply hitting on the ‘Share with BBM’ key. Those accessing the Travel feature should also be able to broadcast their destinations to friends and acquaintances from their BBM contacts list, with just a few clicks.

And according to the official BlackBerry blog, the App World is now BBM-connected. That means new downloads can be easily shared with friends via the BBM profile. This could be done without having to virtually leave the App World. 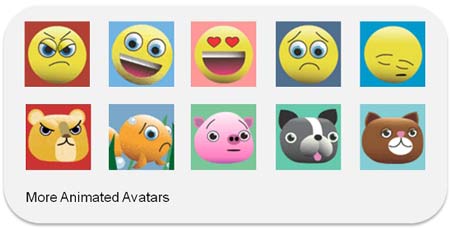 The BBM Music app now allows marking of desired playlists and songs for more personalized shuffle playback. Moreover, being connected with the BBM facility permits networking with other listeners who have common interests in music.

All the aforementioned additions to the list of BBM connected apps are most likely to be well accepted by developers and the user community at large. The updates can be downloaded through the BlackBerry App World.