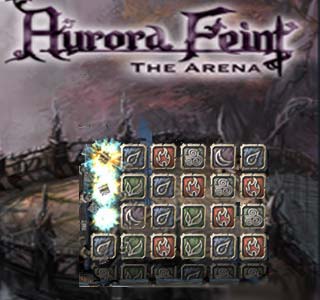 Finally, the wait will be over for all the fans of Aurora Feint, as it will bring ‘Aurora Feint: The Arena’ mobile game for iPhones. The fans have been waiting for it for a long time but now they can get their hands on this game very soon.

According to the developers, Aurora Feint: The Arena will be the second game amongst the three that will be based on the world of Aurora Feint. The game will offer multiplayer mode, leader board ranking, messaging and player walls. The game will be very challenging for the two players even if both the players are not using the iPhone. There will be a tough competition amongst the two. The game is skilled by “summoning persistent ghosts” that persist in the world which can challenge the other players even when the ghost player is not using an iPhone. It will be a tough challenging time for the players to play against the ghost; it will be like playing the game in a real scenario.

“We had an overwhelming response to Aurora Feint: The Beginning and we are thankful for the support of our huge fan base” remarked Peter Relan, Chairman of Aurora Feint Inc. “The iPhone has created an incredible platform for gaming that Jason and Danielle have taken to a new level with the introduction of an Asynchronous MMO World.”

At the lower portion of the iPhone that is a little below the screen there is a ticker. On touching an interesting event the ticker takes the player to another new place called the Tavern, where players can chat with other players, share their gaming strategies, and also compete with them. To improve your gaming skills and for better enhancement each player gets a wall. Other players visiting this wall can leave comments, suggestions and challenges which become an event in the Tavern.

The Aurora Feint: The Arena will be available by Friday or next week for $10.