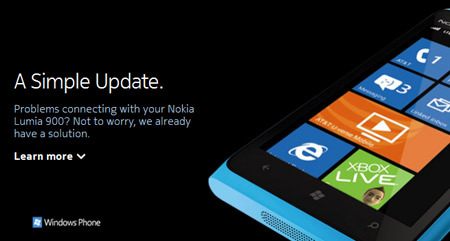 The folks over at Nokia have been scrambling to make sure the AT&T Lumia 900 update to fix its data connection woes is ready to roll. The good news is that it is indeed available now. And it’s come out way earlier than the expected date of April 16.

Announcing the launch of the software fix on its Facebook and Twitter accounts, the Finnish company also took to reminding everyone that the affected parties as well as those who intend to lay hands on the smartphone through April 21, will receive a $100 credit. Well, we can see a lot of people who were mulishly waiting for the April 22 release of the white variant looking a bit preoccupied now.

“However, soon after this flagship device began selling, we identified a software issue. In short, a memory management issue was discovered that could, in some cases, lead to loss of data connectivity. This issue is purely in the phone software, and is not related to either phone hardware or the network itself. As a proactive and prudent measure, we decided to take immediate action. We have identified the issue, and have developed a solution,” expressed a post on the Nokia Conversations blog. 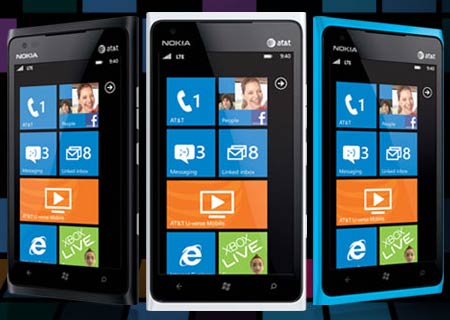 The entire episode began with some early adopters bumping into loss of data connectivity. Nokia claims that the issue is a memory management problem and not tied to hardware or the AT&T network service. At any rate, users of the Lumia smartphone can choose to exchange their device for a new one, if not update it through Zune for PC or Windows Phone 7 Connector for Mac.

Well, this technically makes the AT&T Nokia Lumia 900 free considering that the carrier charges $99.99 for it, apart from requiring customers to add in a two-year contract and data plans.